As a condition that affects over 40% of the population, it is no surprise that the majority of us have been impacted by snoring in some way, shape or form. There are both varying degrees and varying types of snoring: it can be ‘simple’, or it can be symptomatic and may require further exploration. Regardless, there are a number of conditions associated, including:

As well as the impact to the snorer, a lack of sleep on the bed partner’s behalf is also dangerous for their health and well-being. Many cases are reported by the bed-partner, with the snorer having very little awareness of their bedtime activities. 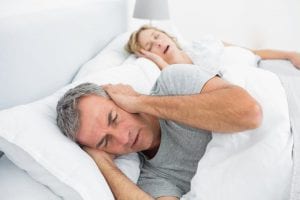 Thankfully, there are many interventions that can assist with snoring. Before discussing these, however, it is first important to highlight the cause.

Once we are asleep, our muscles relax. This can result in the soft tissues in the throat vibrating, causing the familiar snoring sound.

However, this doesn’t happen to everyone: there are a number of factors that can increase chances of snoring, including: obesity, gender, age, alcohol, and medication. For most sufferers, snoring occurs in isolation (simple snoring). In these cases, it is often the bed-partner that suffers, with the snorer unaware that they are causing such a disturbance. However, it can also take place as part of a more serious condition, obstructive sleep apnoea, which can be potentially life-threatening if not treated correctly. 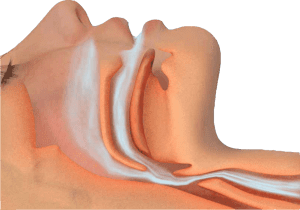 What is obstructive sleep apnoea (OSA)?

OSA is a serious condition where, for short periods of time, the airway becomes blocked during sleep, cutting off oxygen reaching the lungs. There are two types of breathing disruption associated with OSA:

Both of these problems can occur several times throughout the night and are most commonly recognised by loud snoring, paired with snorts, gasps, or laboured breathing.  This leads to disruption for both the bed-partner AND the sufferer, with the snorer often waking feeling tired due to a night with reduced oxygen intake.

There are many associations with obstructive sleep apnoea, and, due to fat distribution, middle-aged males are twice as likely to suffer from OSA in comparison to middle-aged females. The discrepancy does start to level out, however, believed to be due to hormonal changes after menopause.

What are the treatments for snoring?

Though many snorers and tired bed-partners typically look to their doctor for help when it comes to snoring, their dentist arguably has a larger part to play – initially at least.

As snoring is typically caused by the lower jaw dropping back during sleep, the easiest way to stop it is to prevent the jaw from slipping backwards. This can be achieved with a device called a Mandibular Advancement Splint (MAS). Available from trained dentists, there are a number of devices available, one of which is the Sleepwell. 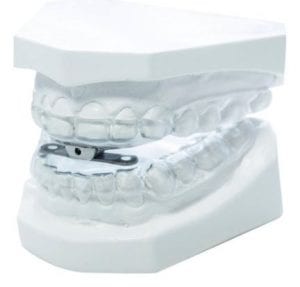 The most clinically proven MAS for the treatment of snoring & mild to moderate sleep apnoea,  the Sleepwell is a two-piece device that is fully-adjustable by the wearer, and designed to hold your lower jaw forward. Holistically, however, there may be other behaviours that could assist with the problem, such as:

We use cookies to improve user experience and for analytics purposes. Read more or click here to opt out.